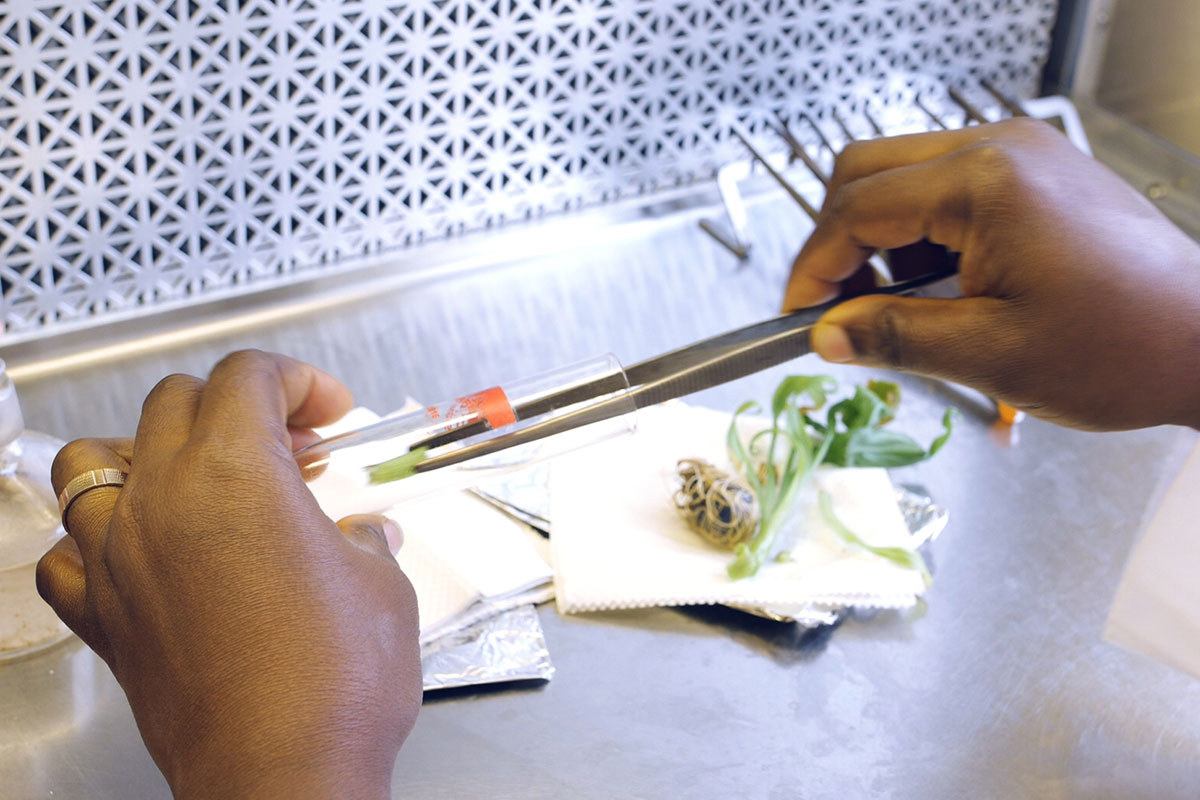 Genetic engineering (aka Transgenics) is the introduction and stable integration of genes into the genome and their expression in a transgenic plant that offers a better alternative for the genetic improvement of crops not amenable to conventional cross breeding.

The successful genetic transformation in plants requires the production of normal, fertile plants expressing the newly inserted gene(s). The process of genetic transformation involves several distinct steps, namely identification of a useful gene (s), the cloning of the gene into a suitable plasmid vector, delivery of the vector into plant cell followed by expression and inheritance of the foreign DNA encoding a polypeptide.

With the advent of plant biotechnology and the rapid development of gene transfer techniques, the potential to introduce desirable character traits is no longer restricted to those occurring in close relatives. Despite technical difficulties of transforming a monocot species, transformation protocols are available at IITA for many banana cultivars. Development of stable and reproducible transformation and regeneration technologies opened new horizons in banana breeding.

Due to lack of cross-fertile wild relatives in many banana-producing areas, as well as the male and female sterility of most edible cultivars and clonal mode of propagation, gene flow is not an issue for this crop, making a transgenic approach even more attractive.